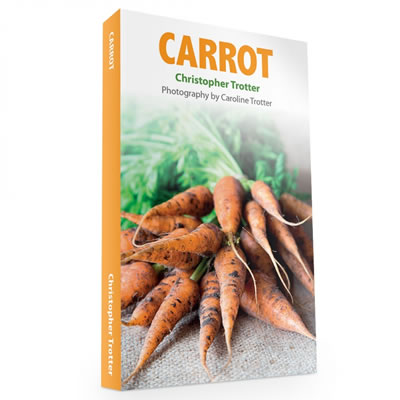 Carrot is the fourth little book in my vegetable series, joining Beetroot, Courgette and Kale, carrot is a vegetable which was first cultivated in the Middle East and its popularity has slowly worked round the Mediterranean, to Holland and thence to Britain, probably in the 16th century. Its natural sweetness has meant that is has long been used as a sugar substitute in cakes and other sweet recipes. Its healthy properties, with such nutrients as beta carotene meant it was cited as a main ingredient in the diet of airmen during the Second World War, saying they could see in the dark. Thus keeping the discovery of radar a secret for a little longer!

In the Middle East carrots were red, white and yellow and the orange variety only began in the sixteenth century, possibly as symbol of support to William of Orange during the Dutch wars of independence from the Spanish. From there they came over to England and have developed ever since.

Available year round due to its storage qualities the carrot has a wide variety of applications.

In this book I have used ideas from its birth place in the Middle East with spices and a refreshing sweet vinegar recipe from Japan, to some more contemporary ideas such as a carrot parfait or carrot sorbet and a crunchy salad accompaniment for roe deer.

Carrots are a store room essential, providing the base for stocks and for braises, for anything from chickens to beef and whole fish. Delicious on their own as a snack, or in a multitude of salads. Go buy a carrot today!

Carrot by Christopher Trotter
This paperback is signed by the Author, and the price includes postage and packing. The book makes an excellent gift or stocking filler. 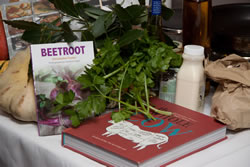 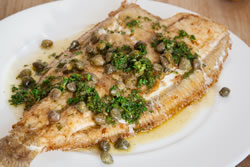 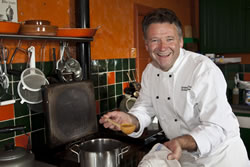 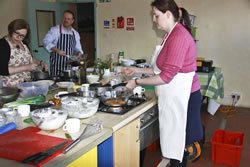 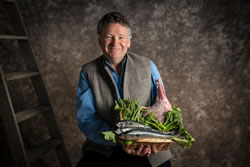 Managing a Food based zoom meeting

I get all sorts of enquiries for all sorts of different jobs, but one I had recently was just wonderful. As a member of the MORE >